As a cat sitter I regularly need to give pills to my clients’ cats. Some cats have a reputation for spitting out the pills even when they have seemingly swallowed it. They walk away and when you walk over to see them a few minutes later there’s a pill on the floor. Other cats are very relaxed about it: they just eat a pill when it’s mixed in with their food (dry or wet) or hidden inside a treat.

And then there’s my own cat…. He’s generally placid, as those of you who regularly read about Dirk will know, but try giving him worm treatment…. You can hide it in his wet food (which he only gets as a treat) and he won’t touch it. He won’t even eat it if I crush the pill into a very fine powder and then mix it into his food – which works fine with his fibre supplement. I brush his teeth so he is quite used to me restraining him, opening his jaw and putting a toothbrush in his mouth so that can’t really be it either.

In fairness to Dirk – or perhaps just to make myself feel better – I blame the size of the pills. He needs XL sized worm tablets as he is over 4kg. Or perhaps it is the smell and/or taste because breaking the pills into two doesn’t help much either. Maybe this is his one act of defiance, his one thing to show me he’s still a wild cat at heart 🙂

Because Dirk is such a tricky customer when it comes to worm treatment I have tried a lot of things! Everything works once; second time I try it Dirk is having none of it. However, these might work for you so here’s what I’ve tried so far.

My husband restrained Dirk an 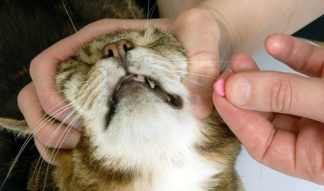 d I tilted his head back just as is shown in the video on International Cat Care’s website. I put the pill inside and then released my grip on his head but kept his mouth closed. What happened next? Foaming at the mouth, angry growling noises, he was doing everything he could to escape. I was afraid that I’d hurt him because I saw blood in his mouth only to discover that is was MY blood because he’d bitten my fingers! It started with all of us being calm and I was gently reassuring Dirk that everything was going to be all right but it ended with everyone being upset and the pill on the floor. 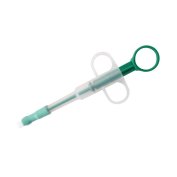 The pill popper was a promising idea. My fingers wouldn’t need to go inside Dirk’s mouth and you can put the popper in the back of the throat so the cat is more likely to swallow it whole. The vet showed me how to do it and it worked. However, the warning signs were there as Dirk had the most angry look on his face afterwards. Needless to say it didn’t work when we tried it at home a few months later. 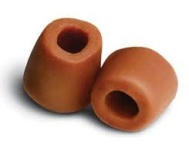 Next we tried the pill pocket. I’ve been using this quite a lot with clients’ cats so I was optimistic. I broke the pill into two halves and put each half inside a pocket. I first gave Dirk an empty pocket so he could taste it and see it as a treat. He loved it! I was a bit worried he’d smell the pill inside, but he ate the first pocket with half a pill inside without problems. Great! Except he then refused to eat the second half.
Back to the vet for more ideas. 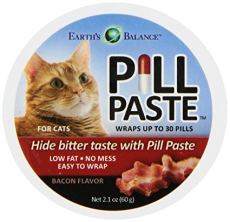 The vet nurse recommended a sort of paste. She said it had made her life so much easier as she sometimes was the only one on shift and needed to administer pills by herself. Just warm the paste in your hand and them wrap it around the pill and the cat will happily eat it. Well true enough, Dirk happily ate it…. Just the once. Now he won’t even eat the paste itself.